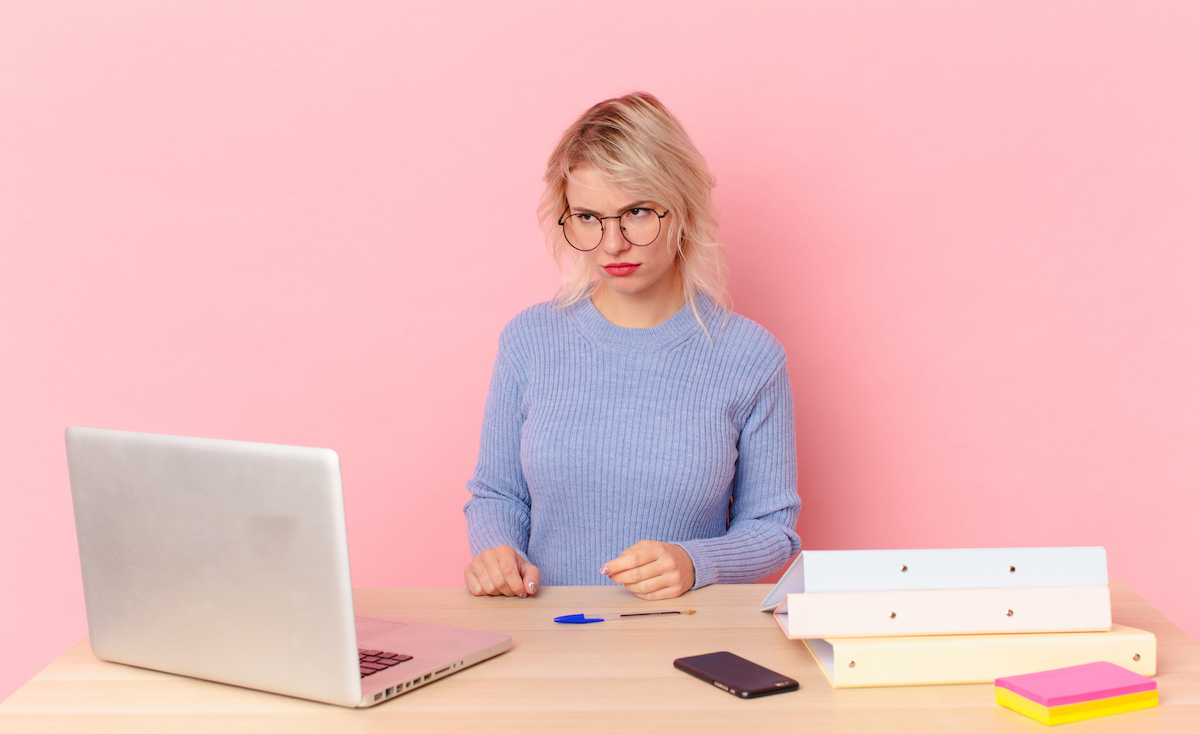 Since the pandemic hit, I started hearing more and more of newcomers having a rough time finding work.

How could this be possible? In spite of COVID-19, SaaS and e-commerce companies have grown exponentially, not only in revenue but also in staff. You see more and more jobs being posted on boards like Linkedin, and recruiters getting a bit more aggressive in their cold approaches.

However, all those jobs coming up tend to have one characteristic in common: the word Senior at the beginning of the job title.

Back when I started my first steps in the job market, the road was much clearer. One would get a junior position, where ultimately you’d be doing the same as other more senior designers, but because of your lack of experience, and need for hand-holding you’d be taking a cut in your salary, but learning and growing and, in a few years, get to balance your rate with the market standards.

It seems that path is less frequent these days. A few weeks ago I asked my Linkedin following whose fault it was, that no junior designer jobs were appearing, and the results were very interesting. Multiple outcomes from the discussion highlighted that the speed of tech and the need for immediate value has led to companies not having the time or resources to actually bring juniors in.

That pay cut I was talking about before, does not seem “worth” in a market where there is a lot of money, but time is a much more valuable resource.

Why is nobody hiring junior designers?

After talking to some referents in different design institutions and agencies in Germany and Europe, I planned to put it all in writing in a well-crafted blog post. But then I saw that Gregory Witek, engineering manager at Booking.com had already done it did. Sort of.

Back in September of last year, Gregory wrote an article titled “Why nobody hires junior developers and what happens next”. If I did a find/replace search and replaced the term “junior developer” with “junior designer”, the whole thing would still make sense for our field, too. I highly recommend reading the article –which is also very well illustrated– to try to understand the reasons of what’s going on with junior positions in the market.

In his analysis, he points as potential causes:

But seriously, go read his article.

He’s got great points. I still believe –due to their intrinsic value– that junior designers could escape some of these problems.

Where junior designers might have an advantage to junior developers

When speaking about UX/product/visual designers, the fact that our work ends up represented much more in a company’s product to its consumer might be the biggest edge we have against our coding mates.

The standard for good code is a lot more defined when it comes to expected outcome. A developer’s job is –broadly speaking– subject to:

Even if designers’ work also follow benchmarks of usability, accessibility, etc., when it comes to either the visual or structural approach, there is a lot of the designer’s background, personality and “style” that can change this outcome. So a job might go to the candidate who can best embody the employer’s idea of which designer would be a good fit.

In their visual output, designers can showcase where their potential is, and where the more intangible value they can bring to a company can be.

What about non-visual design positions?

My theory still applies for those designers who don’t necessarily produce visual output. Because our services can be measured further on their quality than their quantity, those who can create a compelling argument on their skills that can resonate with their employer’s will probably be able to measure up against more skilled candidates who fail to do this.

The problem if it all keeps going like this

Salaries and rates for designers are rising fast, and that’s not precisely a good thing. Sure, for the Googles and Apples of the world, nothing changes. But any entrepreneur or small company wanting to hire a designer will have to have a much higher amount of capital to access the services of a qualified designer.

For those in senior positions, it might seem like a good thing, but when those people move into management positions, they will struggle themselves finding people for their teams, especially if their companies don’t have the necessary processes for less experienced candidates to get the right training.

On top of this, courses and bootcamps keep bringing new people into a somewhat saturated market, so one junior job application receives hundreds of responses, narrowing the individual chances of getting hired even further and causing that people have to look for months to get their first design job.

The main problem –and it’s already happening– is that those people with experience looking for jobs will run out, and companies will have no choice but to hire entry-level designers, who will have much heavier weight on the products than they should.

The demand is likely to calm down in the next few years, but that won’t reverse the damage on its own.

The point of this article isn’t to discourage junior designers, but rather to help them understand that these extraordinary circumstances deserve extraordinary measures. The path for finding a job is probably not up on some job board any more. When there are few positions and everybody is doing the same, only doing things differently can give an advantage.

So here is what I would do

It does sound like a luxury for more experienced people, but cultural fit is very important in today’s startup world. If your values and ideas are aligned, it is likely that you will make a good impression, so I always advise newcomers to create a list of 10-20 companies that would be a match. Follow those companies, try to connect with people on the inside, and eventually, a job will open. If your name resonates to someone on the inside, you might have a fast-track pass to a position.

When a company receives a large sum of funding, it’s very likely they are being pushed to scale by their new investors. This is usually where HR people struggle to get 50 jobs up on the boards and the chaos begins. Smart candidates would follow the companies of their interest and find out in which financing stage they are, to be prepared before the openings appear. Sending initiative applications can also be highly effective if timed correctly, as managers might choose to chat with someone who seem like a good fit right away than having to wait the weeks that a recruiting process takes.

A person is more likely to find a new flat, a new partner or a new job right within their network. This is due to people actually preferring to recommend or bring in people who are vouched for, rather than going into painful interviews with strangers… even if those strangers might be slightly more qualified. Being trustworthy in the eyes of an employer gets you further than certain skills or educations can. Nobody wants to hire someone and later find out they are terrible people. So the best you can do is put yourself out there, tell people what you do, even show it if you dare. You might catch someone’s eye who is looking and connects to what you do.

When reviewing 100 different design portfolios, those who stand out –and are a good fit– get the job almost every time. Back when I had to hire junior designers, I couldn’t dedicate over 5 minutes to the first pre-selection, and I am sure I have left some potential great candidates go, just because of the mental effort it takes to do this. Some candidates were smart enough to present themselves differently, and break the monotony of just browsing through photos of post-its and iPhone mock-ups. Those who are able to embed some of their personality and process –not only visually, maybe it’s copy style, content, etc– can generate more empathy and seem more suitable to invite for an interview.

Even when struggling to find work, it becomes easier surrounded by others in the same position. Designers grow with other people’s feedback, and this should happen from the very beginning. Meeting with other junior designers and sharing experiences on how the process goes can be of incredible value to prepare for your next interview. 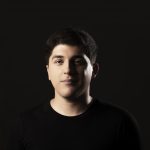 Experienced product designer, helping companies craft delightful user experiences for their customers. On my free time I teach and organise events for the design community in Berlin. 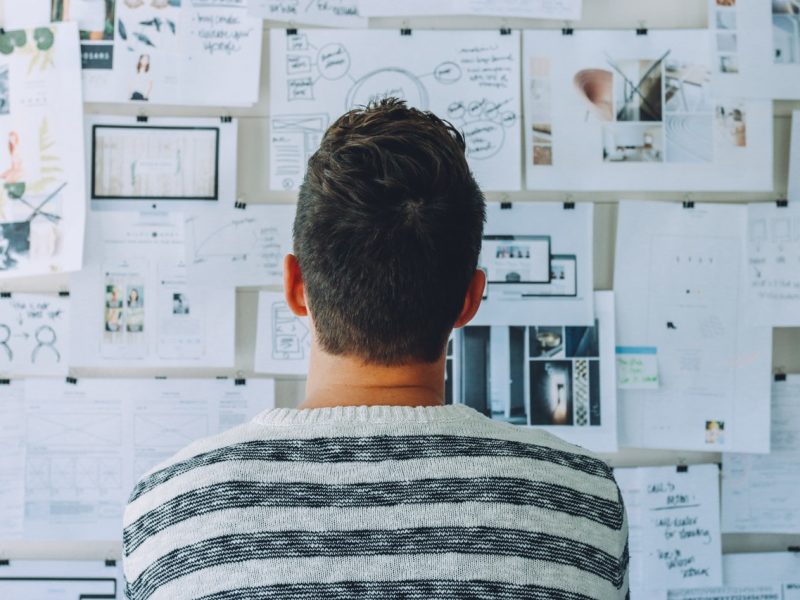